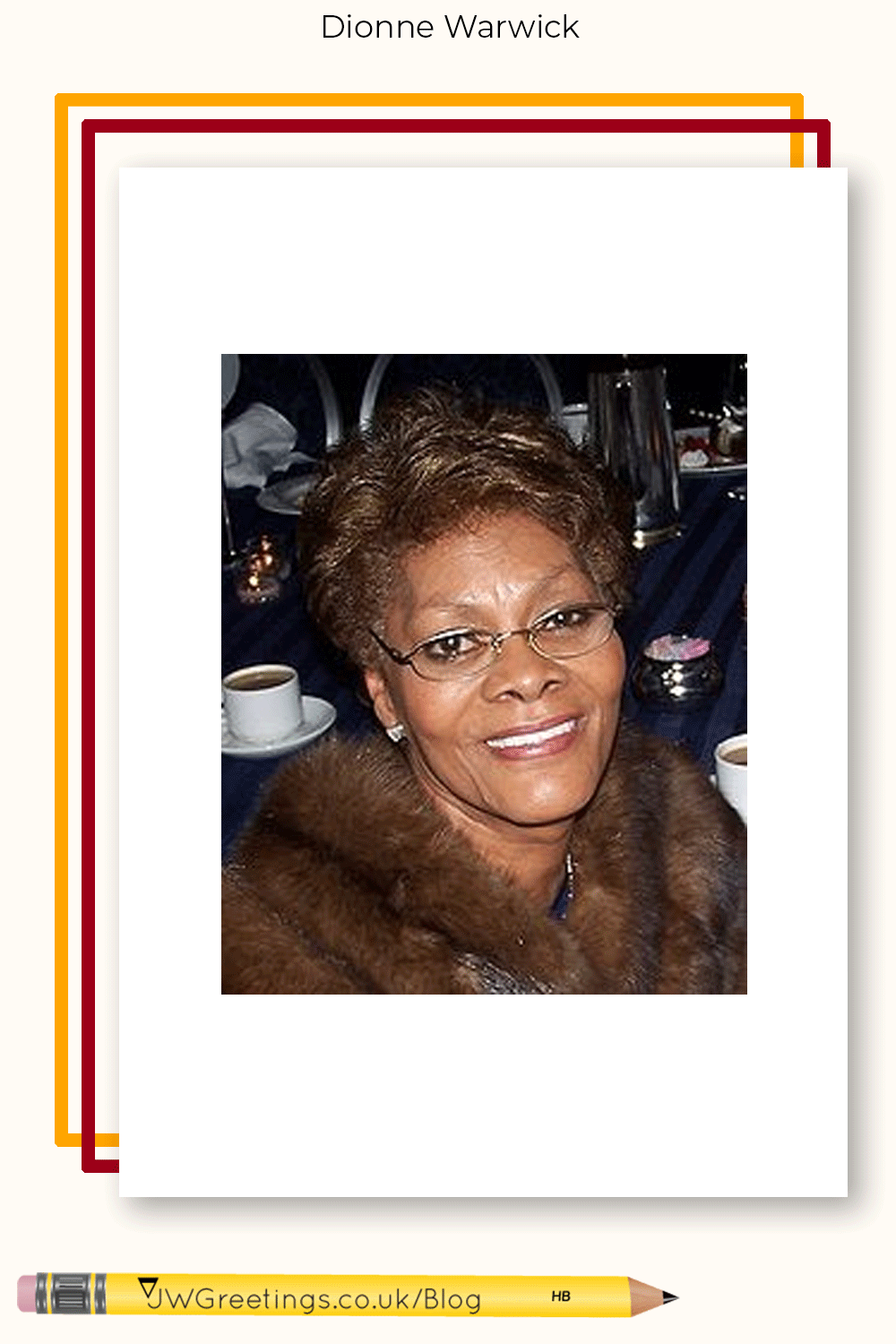 Dionne Warwick (born December 12, 1940) is an American singer, actress and TV show host, who became a United Nations Global Ambassador for the Food and Agriculture Organization, and a United States Ambassador of Health. Dionne Warwick has, over an illustrious four-decade career, established herself as an international musical legend. Her reputation as a hitmaker has been firmly etched into public consciousness, thanks to nearly sixty charted hits since “Don’t Make Me Over” began its climb up the charts in December 1962. As a performer, she has charmed and entertained audiences on every continent, amassing a worldwide audience. There are a few important “firsts” that make Dionne Warwick a true pioneer.

Dionne Warwick received her first Grammy Award in 1968 (for the classic “Do You Know The Way to San Jose?”), and in so doing became the first African-American solo female artist of her generation to win the prestigious award for Best Contemporary Female Vocal Performance. This award has only been awarded to one other female African-American legend, Ella Fitzgerald. Dionnewarwick.info Dionne-Warwick at wiki

All about Black Birthday Cards

Having black birthday cards that reflect our culture past, present and future are important for it allows us to have a product that is produced solely for our cultural needs. There are many cultural titles that are used today which range from black, afro, afro-Caribbean, afro-American, African, and African-American. However, the symbolism of black birthday […]

Black Greeting Cards for the Men