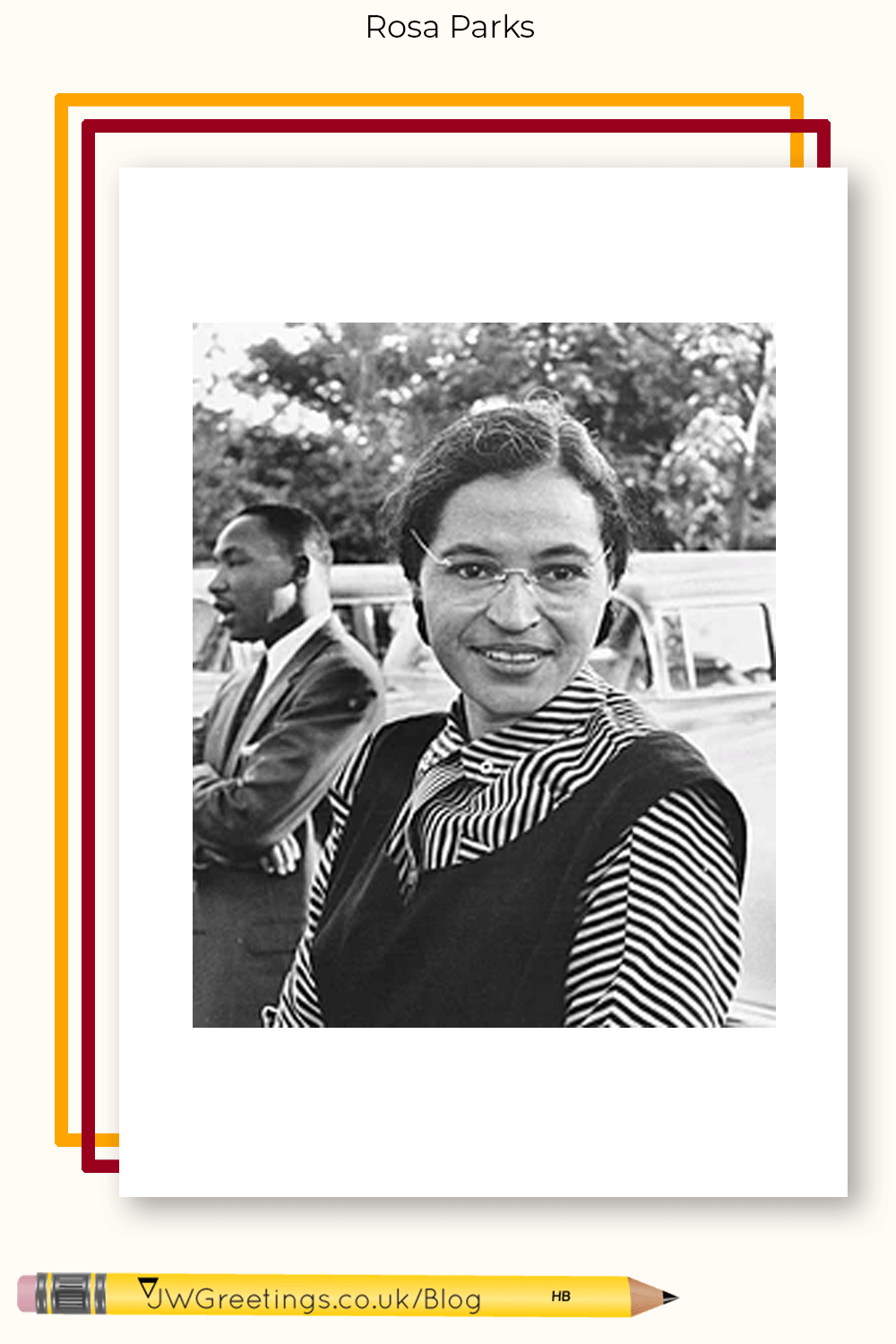 Rosa Parks was born 4th of February 1913.  She was Known as the Best known as the “Mother” of the modern-day civil rights movement.

On December 1, 1955 in Montgomery, Alabama, Parks refused to obey bus driver James F. Blake’s order that she give up her seat to make room for a white passenger. Parks’ action was not the first of its kind to impact the civil rights issue. Others had taken similar steps, including Lizzie Jennings in 1854, Homer Plessy in 1892, Irene Morgan in 1946, Sarah Louise Keys in 1955, and Claudette Colvin on the same bus system nine months before Parks, but Parks’ civil disobedience had the effect of sparking the Montgomery Bus Boycott.

Parks’ act of defiance became an important symbol of the modern Civil Rights Movement and Parks became an international icon of resistance to racial segregation. She organized and collaborated with civil rights leaders, including boycott leader Martin Luther King, Jr., helping to launch him to national prominence in the civil rights movement.

At the time of her action, Parks was secretary of the Montgomery chapter of the National Association for the Advancement of Colored People (NAACP) and had recently attended the Highlander Folk School, a Tennessee center for workers’ rights and racial equality. Nonetheless, she took her action as a private citizen “tired of giving in”. Although widely honored in later years for her action, she suffered for it, losing her job as a seamstress in a local department store. Eventually, she moved to Detroit, Michigan, where she found similar work. From 1965 to 1988 she served as secretary and receptionist to African-American U.S. Representative John Conyers. After retirement from this position, she wrote an autobiography and lived a largely private life in Detroit. In her final years, she suffered from dementia and became involved in a lawsuit filed on her behalf against American hip-hop duo OutKast.

Isn’t it ironic that as kids and teenagers the first thing we did and still do is run to the back of the bus, to occupy the back seat? Yet this iconic lady went to jail so we could sit at the front. Education is important, education is key and not all education can come from schools, colleges and university. If we as parents do not educate ourselves, how can we help educate our children?

5 Creative Valentines Craft Ideas for Her

Note: I hope you love the products I suggest. With my suggestions, I collect a small commission from the links used. This will not affect the final price you pay.  Valentine’s day is here again and maybe this year wants to create a gift instead of purchasing one. Well, I’m sharing 5 great creative Valentine […]

Black Princess: We all know the story of the princess and the frog storyline, princess kisses a frog, the frog turns into a prince. Well, this new Disney movie plays along those lines except there’s a twist and new look to this one and that is the starring role is voiced by a black woman and […]