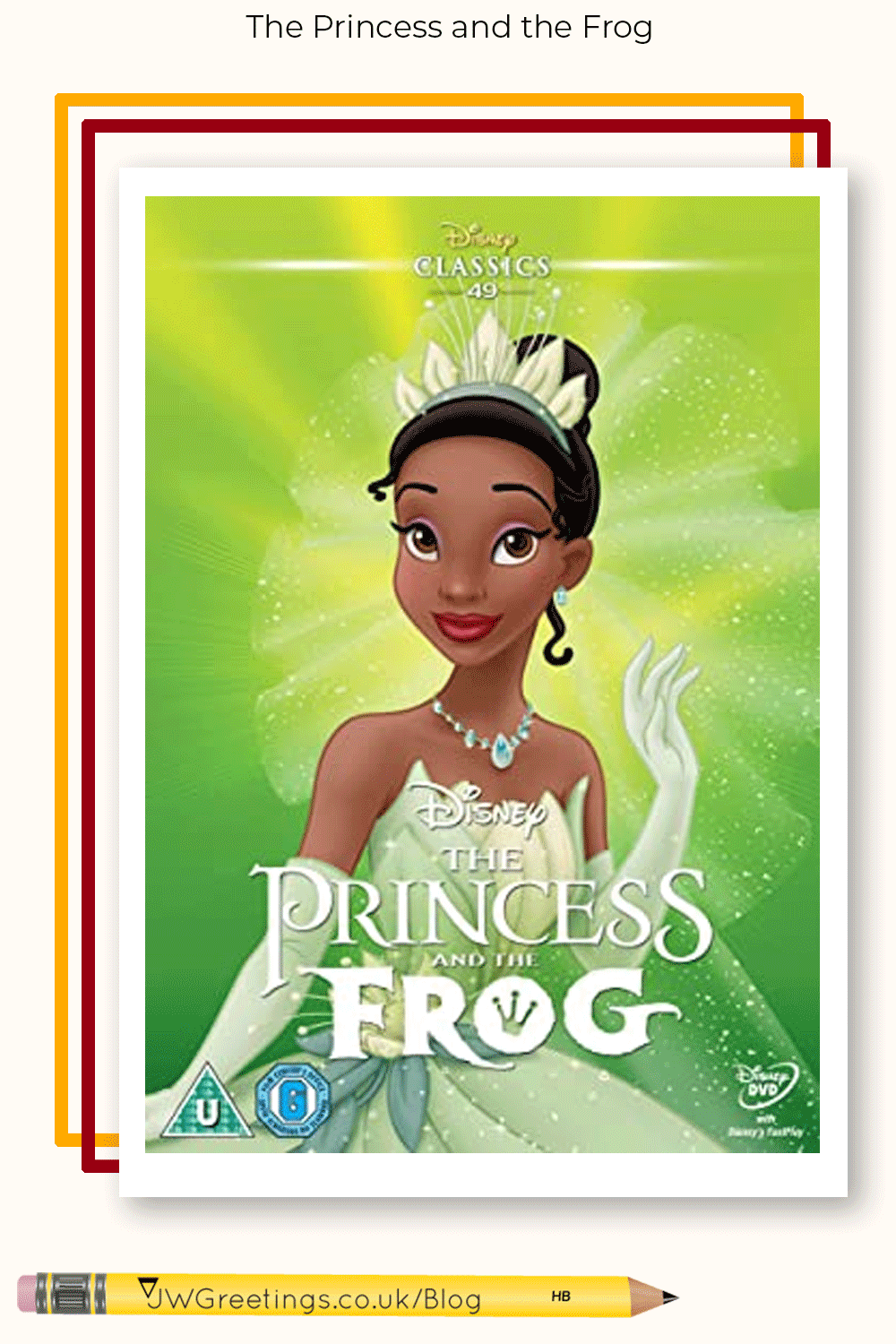 Black Princess: We all know the story of the princess and the frog storyline, princess kisses a frog, the frog turns into a prince. Well, this new Disney movie plays along those lines except there’s a twist and new look to this one and that is the starring role is voiced by a black woman and the animated character is also a black character. The debut of Disney’s first African American princess. Ever.  At last black children can gaze at the cinema and TV screen with delight as they witness an animated character that reflects their identity. All little girls dream of being a princess, yet only see European images to idealize, now the Disney team are embracing, at last, the black minority through children’s entertainment.

This story is set in Jazz Age New Orleans, with the princess working as a waitress. She is only royal in her mind and dreams of opening a restaurant in the French Quarter.
As a designer myself being able to see black characters on the big screen is a nice boost for our children. Working with black characters every day, it’s nice to see large companies starting to open the doors for black children to enjoy films which have then as the focus.

As I am in the UK we are not as lucky as the US for the animated musical has already opened its doors to the public. Hopefully, the UK won’t have to wait too long for it to enter our cinemas and then DVD stores. I believe it is going to be a hit with the children and knowing how Disney loves to back up their movies with merchandise of the characters, movie soundtracks, etc, looks like they will be banking lots of profit.

However, I do have a beef with this movie and that is the prince is ‘white’. Why Disney? – why have a white prince, what is wrong with the beautiful black man to be the prince? Is it so hard to accept that a black woman and a black man can be in love and be on screen and be a cartoon movie, or is that too much all at once? It’s a movie based in New Orleans, having black characters and the love of the princess’s life is a white guy. I know interracial relationships are growing every day, however, so are the same nationality relationships. In Lilo and Stitch, Lilo’s sister’s boyfriend is of the same race as the main characters, so why not in this movie, why give with one hand and take away with the other.

This is a very deep subject that will be brought to the forefront sooner or later. I mean this movie will be viewed by many young, little black girls, who will dream they are that beautiful princess, then they will see her prince to be a white guy. As a parent, having to help our children understand what society does not want to explain, so instead of the black family sitting together enjoying the first animated movie with black characters and black princess, now we have to explain to our child that loving a black man is also ok, shouldn’t that be the other way round. Anyway like everything else in the public eye, you have to take what you need and discard or explain the rest, and that goes for this movie.

Enjoy watching the movie, and if you feel to pop back and air your views on the movies, you are very welcome.

If you want to have a copy of the DV for your collection. You can pop over to Amazon.

African headwrap buys yours. I love all the how-to head wraps on my Pinterest account. I also like the lady’s fashion style. I have been looking at matching some of their outfits via Amazon.com especially the headscarves they use to create their beautiful African head wrap. This is the first try of an outfit that […]

2 Black Greeting Cards Designs for that Special Day A Wedding

There’s always someone getting married. This is a beautiful occasion to celebrate the union of 2 souls uniting as one. The new designs for these occasions I used to texture or fabric effects so that the wedding dress looks more real. Elegant Bride & Groom Beautiful Bride to Be