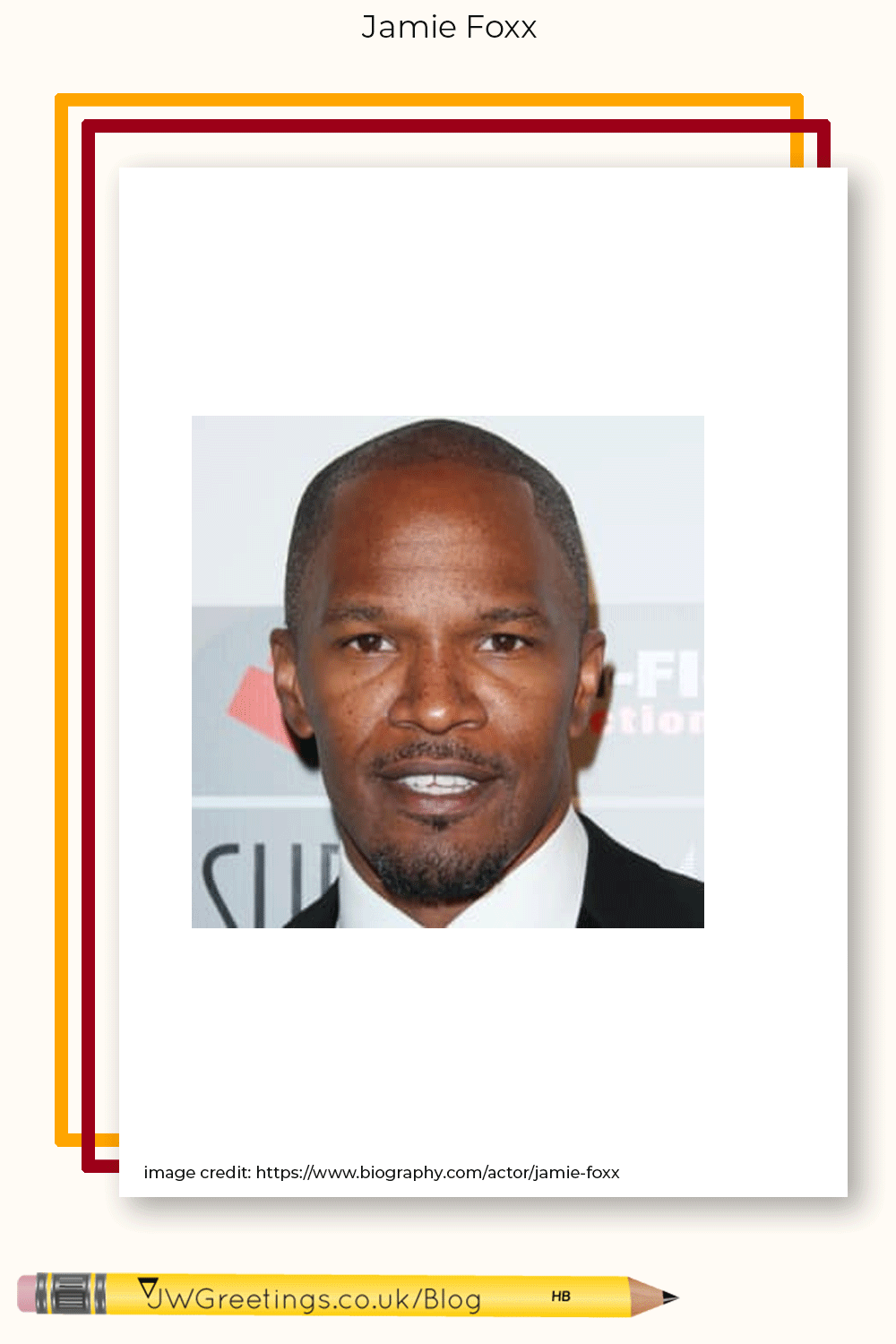 Eric Marlon Bishop (born December 13, 1967), professionally known as Jamie Foxx, is an American actor, singer-songwriter, stand-up comedian, and talk radio host. As an actor, his work in the film Ray earned him the Academy Award and BAFTA Award for Best Actor as well as the Golden Globe Award for Best Actor in a musical/comedy. He is also a Grammy Award-winning musician, producing three albums which have charted highly on the Billboard 200: Unpredictable, which topped the chart, Best Night of My Life and Intuition. Born in Terrell, Texas, Foxx was raised by his mother’s adoptive parents. He performed in high school and was awarded with a scholarship to United States International University. In his twenties, Foxx began performing stand-up at comedy clubs, and eventually joined the cast of In Living Color in 1991; this exposure helped him land film roles and star in his own sitcom, The Jamie Foxx Show. He released his debut album, Peep This, in 1994, but he did not gain significant musical success until 2004 when he was featured in Twista’s song “Slow Jamz”.

Also in 2004, Foxx played critically acclaimed roles in the films Collateral and Ray. He released his second album, Unpredictable, in 2005, which was helped by his collaboration on Kanye West’s number-one single “Gold Digger”. His third album Intuition was released in 2008 and was anchored by the single “Blame It”. Foxx released his fourth studio album, Best Night of My Life, in 2010. Jamiefoxx.com Jamie Foxx at Wiki

I would like to Thank You for all the business support, social followings, and more in 2015. My business or blog would not be here if it were not for you. Thank you. I look forward to 2016 and what it may bring. The form you have selected does not exist.

I Have Been Working on Valentines

I have been working on a design or 2 for valentines and love in general.  From my initial sketch, I have inked in the outlines and added color.  I would like to use a variation of this design, unsure of how those will turn out but will take a look at it when I have […]

2 Black Greeting Cards Designs for that Special Day A Wedding

There’s always someone getting married. This is a beautiful occasion to celebrate the union of 2 souls uniting as one. The new designs for these occasions I used to texture or fabric effects so that the wedding dress looks more real. Elegant Bride & Groom Beautiful Bride to Be   The form you have selected […]