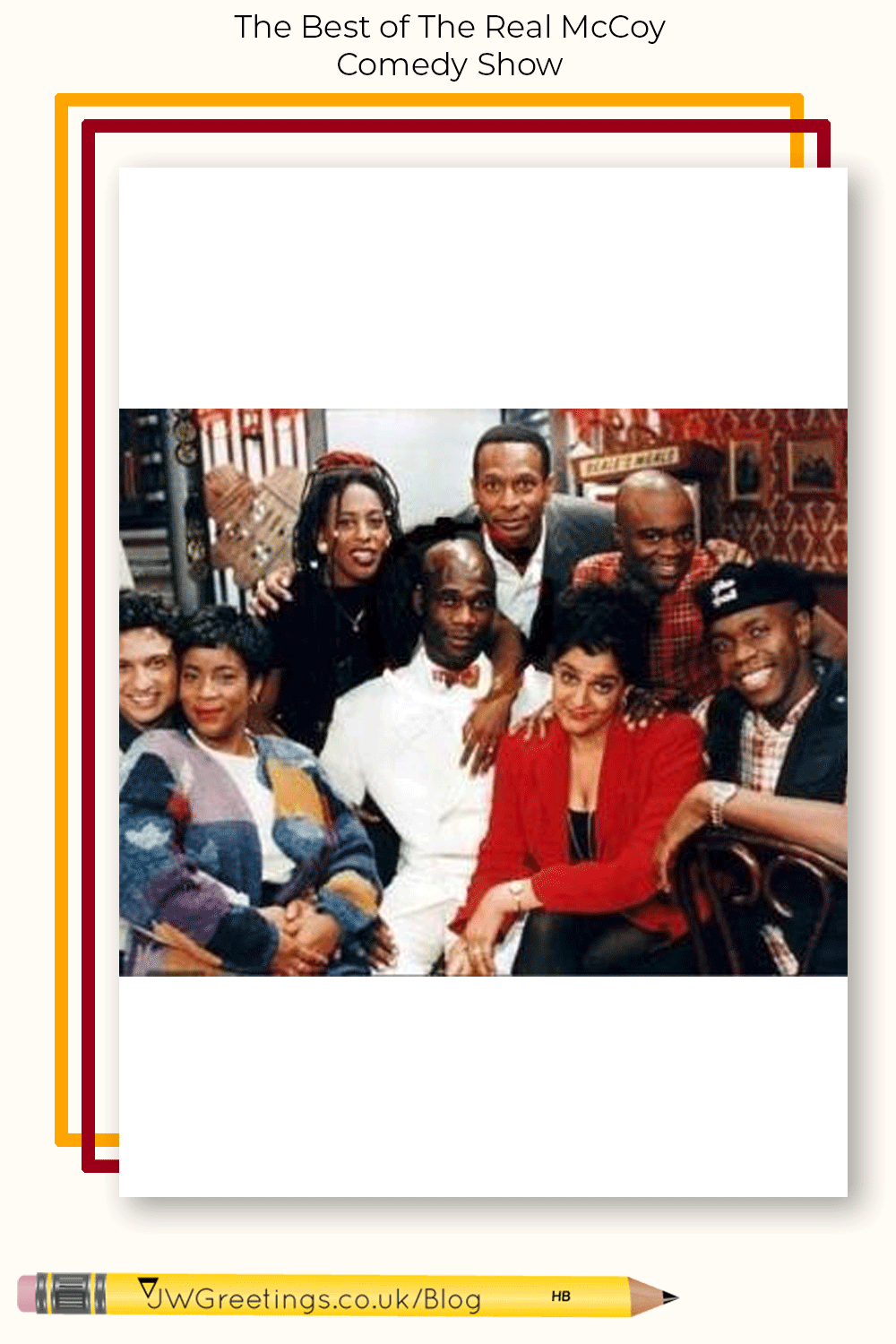 The Best of The Real McCoy Comedy Show – Sketches I want to share the sketches I love from the great show The Real McCoy. The Real McCoy was a BBC Television comedy show which ran from 1991 to 1996, which featured many talented Black comedy stars. While also showcasing up and coming Black comedians. It was a great mixture of short sketches and stand up comedy, the material reflected Black culture and traditions.

I Love a Good Old Laugh, Don’t You and The Real McCoy Comedy Show Give Its

Like so many black families, I also loved The Real McCoy comedy show. It was nice to have a Tv show that reflected black living with the laughter element added. I remember looking forward to watching it, my family would make sure we had done everything we needed to do, so we would not have to move away from the tv once the program had started. It. Having a program dedicated to entertaining the black community was something we needed and wanted. There was something in there that every black family could relate to at one time or another.

This list will ONLY contain videos of the main comedian stars doing sketches. I have created a list or should I say lens, that features the up and coming comedians, check them out when you are done here.

First, you may want to…

If you experience any…

Then PLEASE do the following..

Move away from your screen and take a short walk.
Laugh at your own RISK!

Apart from many laughs, the show also showcased new upcoming talent. These new comedians were allowed to showcase their skills and talent to an audience that loved them and supported them. In that era their wasn’t many venues for them to use as a stepping stone into the world of comedy. Luckily for them The Real McCoy team embraced these new talents with open arms. To date many of these new talents have become successful stars in their own right which is great, however they will always be remembered for appearing on The Real McCoy.

It’s a  shame we don’t have something like this on UK TV any more. However saying that if the BBC decided to run repeats of the real McCoy I don’t think many people would complain. These sketches years ago still bring people to tears in laughter. That’s what I call great comedy. They have been shared with generations after generations and it still gets them laughing.

Did you enjoy? What was your favorite sketch from the real McCoy show?

As I fully enjoyed creating the 1st Valentine’s worksheet I’ve created number 2. My first Valentine’s counting worksheet is super popular that it went viral. Thank you if you were one of those who downloaded it. I hope your kids fully enjoy with one I created. Not much else to share about the maths hearts […]

Karate Kid Black Karate Kid – Congratulations greeting card I created this design from the feedback I received from a user visiting my website. She explained that her 7-year-old daughter had just passed her red belt in Karate and she was over the moon. As a mother, she felt very proud and wanted a greeting […]

Happy Kwanzaa everyone.   Today is the 28th of December 2011 The 3rd day of Kwanzaa is principle Ujima meaning Collective Work and Responsibility: To build and maintain our community together and make our brothers’ and sisters’ problems our problems, and to solve them together This video had 9 views The form you have selected […]