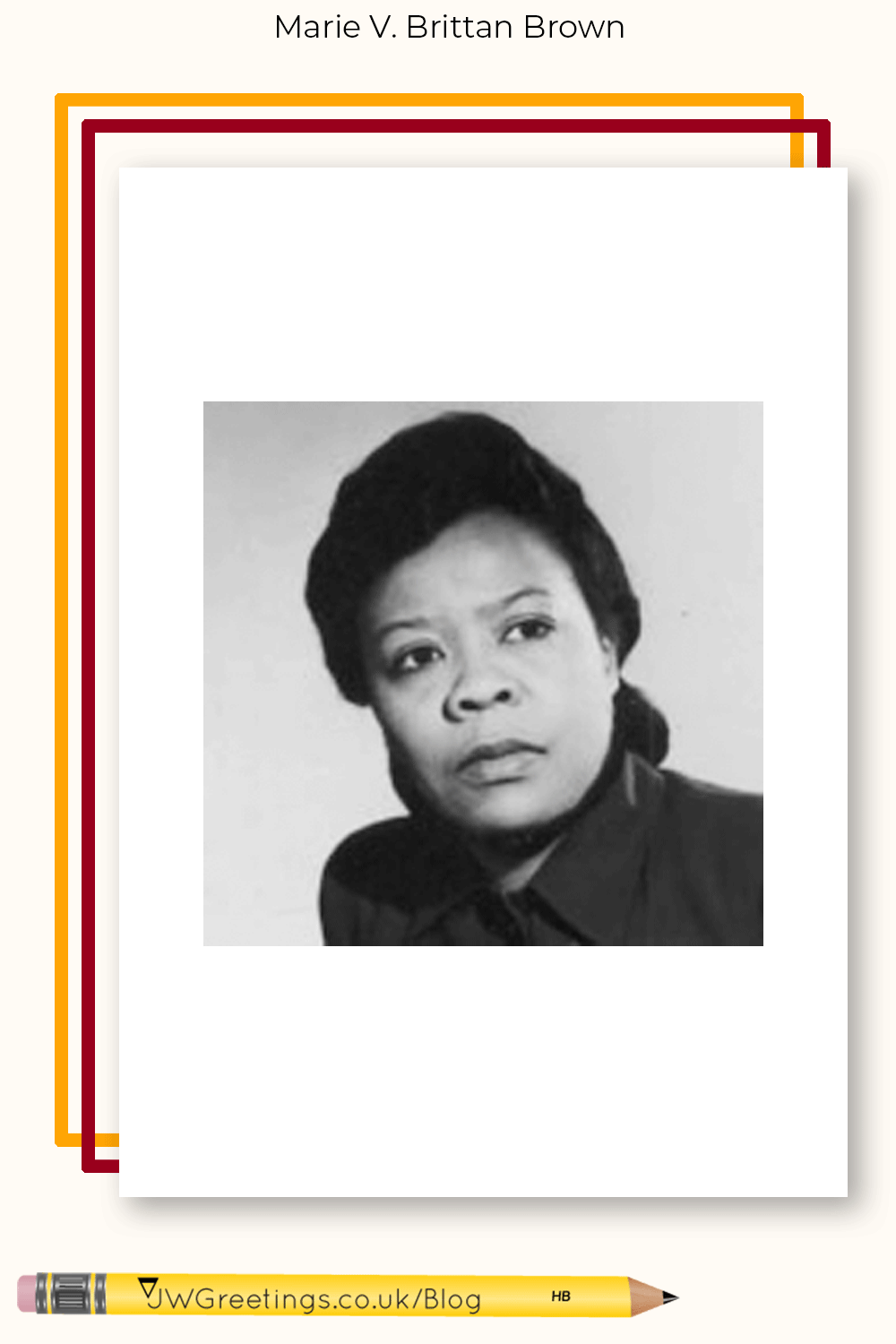 Marie V. Brittan Brown invented the home security system utilizing television surveillance and the patent was granted today in 1969. Brown’s system had a set of 4 peep holes and a camera that could slide up and down to look at each one. Anything and everything the camera picked up would appear on a monitor. Also, a resident could unlatch the door by remote control.

She had help with the Home Security system by her husband, Albert Brown. She was given an Award for The National Scientists Comittee (NSC).

Making a Fringe for a Scarf (Knitted or Crocheted) HowTos

Adding a fringe to knitted and crocheted scarves Scarves are perfect projects for beginning knitters and crocheters, and everyone loves a cozy crochet or handknit scarf. Simple scarves, however, can seem too plain and boring. Making a fringe and adding it to your scarf. is an easy way to add interest to a simple knit […]

African designed printed fabric is a great love for me. I find so much inspiration in the designs and colors used to create them. I especially love it when the fabrics are used to create African garments like head wraps. I don’t wear head wraps often myself but when I wanted to get started […]

Black Greeting Cards for the Men