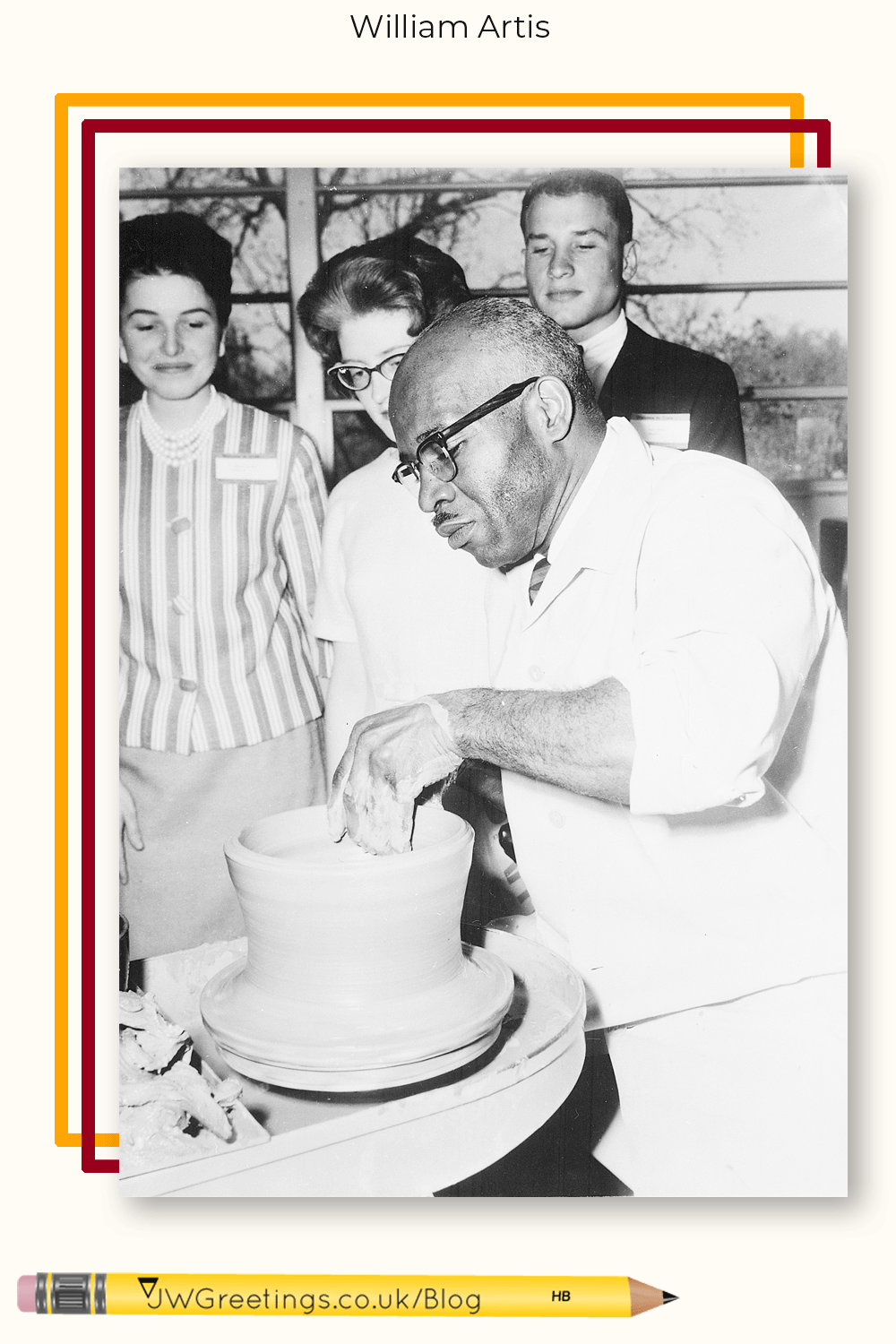 William Ellisworth Artis was born 2nd of February 1914.  He was an African-American Ceramicist and sculptor.

He studied sculpture and pottery at Augusta Savage Studios in the early 1930s and was a part of the Harmon Foundation exhibition in 1933. He received the John Hope Prize, which led to a scholarship at the Art Students League in 1933-34. Artis was hired by Audrey McMahon, the director of the College Art Association, along with several other artists to teach crafts and paint murals in churches and community centers. In 1950 he received his Bachelor’s in Fine Arts and in 1951 his Masters in Fine Arts from Syracuse University, where he studied with the sculptor Ivan Mestrovic. From 1956 to 1966 he was Professor of Ceramics at Nebraska Teachers College after which he was Professor of Art at Mankato State College until 1975. During this time a joint retrospective exhibition with his works was held in 1971 at Fisk University. He is also featured in Against the Odds, an exhibition of African American Artists from the Harmon Foundation.

William Ellisworth Artis died in 1977  but today we celebrate his life.

Image Credit from left to right

Untitled (Idealized Head of a Woman)

Christmas is just around the corner and I have designed a selection of festive greeting cards that its ideal to send to your loved ones. They are based on the family theme which all should look to embrace around this special time. Below are 2 designs to give you a little preview. The rest […]

Happy Kwanzaa everyone.   Today is the 30th of December 2011 The 5th day of Kwanzaa is principle Nia meaning Purpose: To make our collective vocation the building and developing of our community in order to restore our people to their traditional greatness this vid had 8 views The form you have selected does not […]

At last I’ve put my designs up for others to enjoy and share. Let’s go way back in the day! The first card I made was for my late mom (in 2001). I made it for Mother’s Day 7 years ago from the date of this post. She is and will always be my queen. […]