The Pioneer of Black Greeting Cards 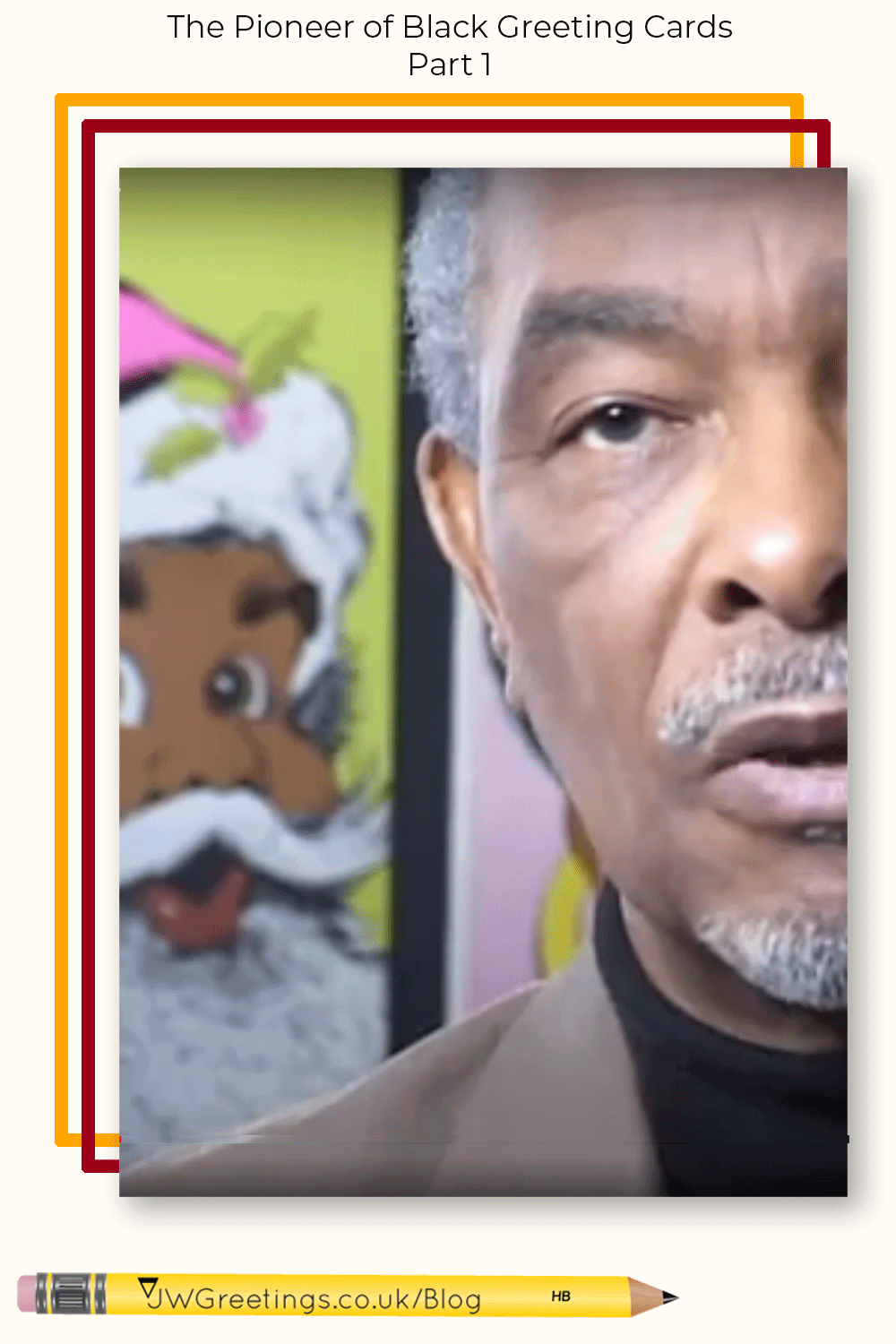 Everything man-made we see and use today has a creator. This creator had an idea which turned into a concept. From that concept flourished

the vision. Then the vision became reality, but with reality comes many questions such as â€˜What will it look like, is it needed or wanted or how will it be used by the end-user these all need answers. With every new product created, it can then be adapted by someone else who has a different vision and so the cycle of production continues and grows.

A man named Cleven Goudeau A.K.A (also known as) Goodie had such a vision, which was way back in 1963. Mr. Cleven Goudeauâs vision has allowed many including myself to take part in the journey he started so long ago. A journey of recognising that black art and culture exists and should be seen. Goodie is truly the Pioneer and Innovator of Black Contemporary Greeting Cards. It had to begin somewhere and it started with this man. Black greeting card businesses today whether they are a website store on the internet or a market store in your local town did not exist. Come to think of it when Goodies artistry talent was first published in a newspaper in 1951, the World Wide Web, which we have come to depend upon today did not even exist then for the internet was born in 1969. Nothing along these lines existed when Goodie took those bold first steps and produced his first black card in 1963. Others did not even realize these steps needed to be taken. But that’s the beautiful thing about ideas, it only takes one person to visualise something special and to pursue it. Then that idea brings great changes to society and then society adapts to include those great ideas. It has taken many years for this man â€œGoodieâ€ to be recognized and granted such a title of Pioneer of Black Greeting Cardsâ€.

He has opened many doors for ethnic greeting card designers like me, yet many black people still donâ€™t know this courageous man exists and the achievements he reached. I truly believe without his vision in 1963, we would not see black cultured greeting cards today.

You have to also remember that when Goodies’ vision materialised segregation was still around. A time when black people where looked down upon, not worthy of sharing the same schools with our white counterparts. With all this going on, what Goodie did was a heroic achievement up there with Rosa Parks, sitting at the front of the bus achievement. Its people like Goodie that inspires me and makes me truly love my black culture. A culture, which has overcome many obstacles and is still breaking down barriers today.

The turning point for Goodie was when his mother was ill and had to go to the hospital. Wanting to give her a special card he designed his own Get Well card. The doctors and nurses loved it so much that this single black greeting card found its way around the whole hospital. With such a great response his first line of Goodie Cards was born. Which I find ironic for that was the reason I started my line of greeting cards, but I designed my black card for Mother day. His cards sold at local specialty stores in 1966.Â  He tried to get help with a business loan of $50,000 but was denied. Goodie was entering an industry with a brand new product that had no rules, no standard, and no nothing. A great product for over 20 million black people to enjoy but the white organisations in the industry did not understand. The greeting card industry then was worth $800 million annually and had only four major players. Yet these major players were not making black greeting cards.  In 1968 Goodie became the co-founder and executive creative director of Onyx Enterprises Inc. This was the only greeting card company that produced black greeting cards and white greeting cards side by side nationally. Sadly Goodie left the greeting card business in1973 due to disappointing sales and complications with marketing.

His product had its own merits and needed nothing more than equal acceptance by the companies already in the greeting card industry. For he was in a time when black people had to prove themselves. This great vision was not embraced like it should have been all because they did not want to understand what black people wanted and needed. Thanks to the most high and his blessed talent his range of Goodie Cards allowed him to put three kids through college, yet Hallmark and other greeting card companies will happily stand by the statement that there was no market for black greeting cards and totally deny the black market. However, their statement simply does not make sense to me, why because black people have always existed and we have the same needs as any other culture. Therefore if white people have a way to share happy celebrated moments by sending greeting cards, why wouldn’t their black counterparts want the same.

Today Goodie works with students introducing them to the world of cartooning through classes at Micheals in Vallejo, while also teaching classes at the Vallejo Arts Foundation.

This great man should be part of black history and be remembered for what he has done, for so many of us are striving to succeed in the greeting card industry with our own range of black greeting cards. He has achieved so much and broken down so many barriers for us, yet this great man is so humble, he is truly blessed.

His words is the only way to end this epic story:
I create things that can’t be denied.

I would like to thank the following for information references:
T.J. Walkup (an artist who has met Goudeau)

A Few Head of Designs

These designs have been on the website a little while but I have not got around to placing them on here and over the internet as i should. These designs are all about the hairstyles of yester years. Showcasing the smooth sleek afros, or the high top with short back and sides and not forgetting […]

How to Build a Raised Vegetable Bed

The goal of this article is to share how to build a raised vegetable bed. That title sounds like a planned event doesn’t it. The fact is I’ve always wanted to grow veg in my garden, but it was just a thought. Then one day I got writing, which turned into a list, which turned […]

If we had a Black Vogue – It would be Amazing & Captivating

Yes, if we did have a Black Vogue what an amazing contribution to our black culture would be. It could still happen, we have a black president, or more homely a black family in the white house, whoever thought that would happen apart from Martin Luther King “I Had a Dream”.     Well when […]